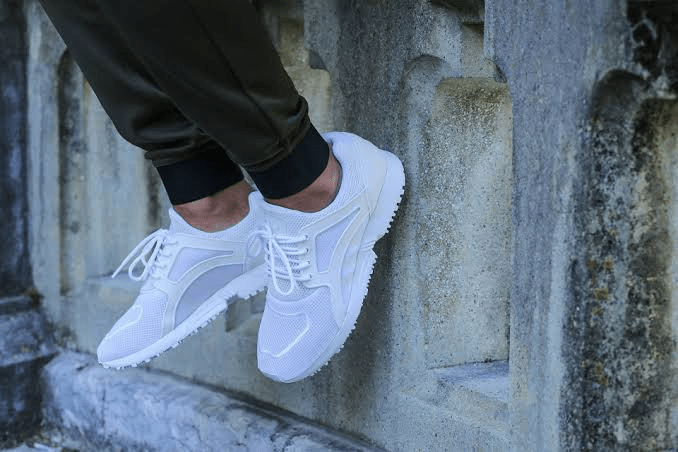 FitBodyGuide.net is a participant in the Amazon Services LLC Associates Program, an affiliate advertising program designed to provide a means for sites to earn advertising fees by advertising and linking to Amazon.com.

When purchasing sports shoes for your sporting activities it is satisfying to go with the best brand. However, there have been a lot of changes in the sporting world, and manufacturers have ventured into other more profitable niches. To achieve the latter, most of them have diversified their already existing brands.

Adidas divided its brand into three groups, as a marketing strategy to promote different types of merchandise that they produced. Adidas Originals focused on the brand’s previous designs, which were already doing well. And the main reason for creating Adidas Performance was to maintain the brand’s devotion to athletes.

Style essentials was created to focus on the brand’s fashion market. Though from the same parent company they do cater to different niche markets, with that in mind let us see how they stack up when compared and for what type of products.

Adidas’ performance just like its name is footwear meant to help players achieve the impossible. The company targets a wide market through its products, and you cannot miss finding suitable sneakers for your sporting needs. Performance, therefore, is devoted to equipping players in four sporting activities, which are running, football, basketball, and training.

Since its inception in a house in Germany the “Dassler Brothers Shoe Factory (1924),” had a passion for developing athletic shoes (Spikes), the sneakers were adopted for many athletic events back in the day. Quality and Durability were the brand guiding principles and it, therefore, transitioned from its heavy metal spikes model and started featuring canvas and rubber in making footwear.

The company used solid marketing strategies such as having its products used by famous sports icons. Adidas was later established in 1949; and later bought the Adidas Logo (three stripes) from Kahu sports and has since targeted different niche markets, by diversifying its operations.

Adidas runs a wide variety of high-quality sportswear in the world market, as the niche markets cater to different groups, some of which are separate brands and cannot be used in the field. Being the second world giant in sportswear, the company is still innovating and introducing new products to maintain a competitive edge.

The Adidas line of women apparel is doing exceptionally well and they have thus dedicated their time and effort in producing footwear for the same, as there has been an increase of women athletes. Other non-sporting items include Jerseys, shoes, tracksuits, and gloves among others.

Featuring a different upper design the Stan Smith gives its wearers the feel of an original sneaker when worn; the shoe was released back in the ’90s but is still famous around the globe. It is simple and elegant and can be paired with any type of outfit. To make it even more famous was how it was adopted by icons in the fashion and entertainment industry.

Stan Smith was first premiered in a tennis court, after which it did not take long for it to reach the streets, and after endorsement by the tennis player Stan Smith; the company sold more than 40million pairs of the sneaker globally.

The shoe is a niche type and comes at a pocket-friendly price and in different color variations, even more, interesting is the fact that it can be customized or personalized to include your name but at an extra fee. Since it rebirth three years ago, the Stan Smith has again commanded a huge following.

Besides being a bit narrow, the Grand court stacks up well and could do you well if venturing into a long walk, as it features a comfortable non-slip heel. The shoes are versatile featuring a durable distinct leather front, and the adjustable laces make it easy to put on.

Some users love the labels side stripes that have been embedded over the perforations, so if the stripes don’t appeal to you, you can always go with the Stan Smith. The insides of the Grand Court have been well cushioned for comfort, the outside is elegantly styled and you can put them on with any casual outfit.

Adidas a multinational corporation has its headquarters in Germany, the company was originally owned by two brothers Adolf Dassler who was the brain behind the start-up and Rudolf came in later. They, however, broke up in 1949 and Rudolph established the famous PUMA sportswear company and Dassler remained with Adidas.

Adidas’ first niche market was men’s footwear, which was and still are tied to sports. This came about after Adi Dassler released the first original men’s training shoe that provided comfort and enhanced a runner’s performance in the tracks.

Going forward the company had the mind for growth as it had to retain its second position and also try to outdo Nike, which is also the leading giant sportswear company in the globe. Adidas therefore, divided its target market into three niche groups and Adidas Originals was conceived to retain its focus on the brand’s original products and designs.

Apart from catering to the sportsmen and women; Adidas originals also offer high-quality casual sports clothing, fashionable Adidas outfits, and accessories such as coats, shirts, bags, sunglasses, and shoes among others. Clothing and accessories come under the categories of Adicolor and Superstar.

Adidas Originals features some stylish statement sneakers such as the Ozweego Shoes.

The shoe features a comfortable Adiprene midsole and a stylish chunky silhouette brought back from the ’90s, which evokes some Triple S vibes. As a marketing technique, Adidas ensures that many of their supporters can use their items. The Ozweego, therefore, comes at a pocket-friendly price and from the outlook; the shoe does have some attractive details.

Even more interesting is that the 90’s inspired footwear can be matched with different outfits both casual and sporty and they also come in a variety of colors. They are not heavy on the feet, so don’t be deceived by its chunky appearance.

Though light in weight when worn the NMD (Nomad) R1 are quite pricey but will give a glove fit given the Primeknit’s upper that hugs the feet. Your feet will remain dry and cool because of the upper breathable mesh, the shoe is versatile and can be worn to different settings; its heel has been reinforced to offer more stability.

On putting on the shoe, you don’t have to go through the stress of tying up the laces; you just have to stretch the upper part and slip your feet on. The shoe is available in many different colors and holds up to tear and wear. The inside cushioning is for added comfort but you might experience some hardship when cleaning the knit upper part.

After creating its niche target market Adidas Performance was to focus on three sports, which are running, basketball, training, and football. Therefore, some of their best products that have been innovated are discussed below.

The previous Ultra Boost was a bit heavier and did not offer much comfort and the latest design though depicting some features from the past is furnished with a torsion spring plate, the upper part features a one-piece primeknit, and for stability during activity, players have been equipped with a 3D printed heel.

And as usual their marketing strategy is always for the customer’s benefit and here you wouldn’t have to pay extra for the new advanced features as the prices have remained the same. It is okay to worry about a shoe’s structural integrity especially if the new version is made lighter than the already lightweight original version.

Adidas Ultra boost 19 holds up well structurally even after being made with a more lightweight material, cushioning is not compromised as it has received a 20% boost and the lace cage will provide stability to your feet without constriction, as it is also made of lightweight material.

The basketball Harden Volume 4 is the newest sneaker in town as they are only a month old. The shoes are sponsored by the five-time NBA first teamer “James Harden,” this is to say that the ship has sailed from the previous Harden models by Adidas.

The inside of the innovated Hardens features a light strike system that not only offers to cushion the feet but is also responsive. The upper part features a low cut but with high stability when worn enhanced by the padded heel and a knit tongue that offers support and locks the feet to position complete with a midfoot band.

The shoes come in a variety of bright color versions such as pink lemonade, candy paint, cookies and cream, and the barbershop. A word of caution though, to have your shoes last longer, the outsole grooves should not be exposed to rough terrains, as they are remarkably soft and can easily wear out.

Adidas has for a long time maintained its second position as a sportswear giant, and one of the reasons is how it strategically handles its niche products. The Adidas performance products stack up well as they feature innovations that help enhance performance and stability. The Adidas originals on the other hand feature a blend of both old skool and modernity producing a versatile shoe for their Global Markets.